Clarification by government of Maharashtra on Shops & Establishment Act 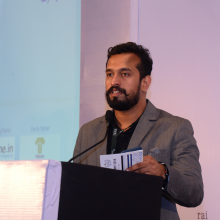 On June 29 2016, the Central Government introduced 'The Model Shops and Establishment (Regulation of Employment and Condition of Services) Act 2016 (hereinafter referred to as The Model Bill), which has been one of the key asks of the Retailers Association of India (RAI) for the overall benefit and growth of the Indian retail sector.

The Model Bill is a progressive move by the Government that would give a substantial boost to employment and will also benefit the consumers in terms of increased convenience and accessibility. Subsequently, RAI started actively engaging with various State Governments for the adoption of the Model Bill. The Government of Maharashtra amended the Maharashtra Shops & Establishments Act 1948 in line with the Model Bill.

The new bill - Maharashtra Shops and Establishments Act (Regulation of Employment and Conditions of Service) 2017 was published in the Maharashtra Government Gazette on 7th September 2017. After receiving the assent of the Governor of Maharashtra this year, pertinent notifications were issued on 19th December 2017.

However, this created ambiguity and confusion in the retail community on whether they were included in the separate class. The issue was brought to RAI’s attention by some members, who shared that the Act was not being properly executed by the law enforcement authorities, leading to altercations during business hours.

RAI urges all retailers to take printouts of the clarification and prominently display it in their shops to avoid hassles.

Responsible for being the change agent in retail advocacy through policy recommendation, suggesting reform road-maps and facilitating retail trade. Active interaction with...

Want to read more on Retail?