Background: As a founder entrepreneur are you carrying the weight of every business function on your shoulders, like the mythical Greek god Atlas? Time to change your approach, advises transformation coach, Khyati Shah.

Yes, I am referring to the Greek mythological Titan who was condemned to hold up the sky on his shoulders. I have often observed that founders tend to behave as if they are the Atlas; that the entire onus of holding up the organisation is on their shoulders alone. Indeed, they are so bogged down by their own self-created burden that they lose their ability to lead effectively.

Joe, the founder of an IT company, prided himself on being a hands-on promoter who knew every aspect of his business and the team looked up to him for every decision. He signed off every voucher and approved every plan and had a tight control on the finances. Joe’s company was noticed by some foreign companies for sourcing and who better but Joe himself to represent his company and try to bag a deal. While travelling west, the time gap gave him 4 extra hours in the mornings to be present ‘virtually’ with his team. He also replied to several mails, messages and calls during the day while trying to negotiate with the potential customers. He was working 18 hours a day! Obviously, it took a toll on his health and ability to focus and do his best. Not only his health, the company suffered too, operations slacked and targets were missed as the only decision maker was not around. Note that I say ‘only’ decision maker, not ‘key’ decision maker.

Founders tend to behave as if they are Atlas; that the entire onus of holding up the organisation is on their shoulders alone. Indeed, they are so bogged down by their own self-created burden that they lose their ability to lead effectively.

The founder of a company is the person who is giving shape to their dream. It is their vision that is driving the entire organisation to a goal. Their leadership which aligns all the employees to steer their efforts for achieving a common goal. It is for the founder to never lose sight of the goal, stay focused and ensure all necessary resources are made available for his crew to keep the engine running. However, if he tries to keep a check on every nut and bolt, chances are he will burn out on the nitty gritty and lose steam which is necessary to keep moving forward. This is not to say the founder should not know what is happening at every level and not monitor but doing it all themselves demonstrates a serious lack of ability to delegate or trust.

Also read: Are you a delegator or micromanager?

One cannot expect to grow into a large company by micromanaging every activity. Even when investors look at a potential company, they are always interested in knowing how is the second line of command. If the founder is too critical to the survival of the business, it is going to lose favour with investors. They clearly associate the longevity of the organisation with the presence of a strong second line of managers who are efficient at running the organisation with minimal handholding from the founder. The founder of an early stage company has enough on his/her plate just to ensure the company stays afloat. There are regulations, competitors, demanding clients and financial constraints, all to be dealt with at the same time. An efficient delegation of operational tasks is important to be able to give space for the macro level planning and action.

Again, it is not just tasks but the decision-making associated with routine activities. It is important to set tiers of decision-making based on criticality. Imagine the strain on the founder’s time if he is to be consulted for every decision being taken everyday in the course of the business. The founder needs to set clear expectations and then leave the ball in the court of the designated teams. Gradually with time, the tiers can be adjusted as thought processes get aligned. Not to mention that micro-managing kills creativity in motivation within the team, further increasing the risk of losing some of the best talent.

It is advisable for the founder to invest sufficient time and effort in selecting this team. They should be persons with fire in the bellies and necessary skill sets, but most importantly, people they can trust fully to contribute their best to the growth of the organisation. As the company grows, the challenges may change but the focus they require remains high always. So, don’t be the Atlas, be the leader! Tune in with your gut 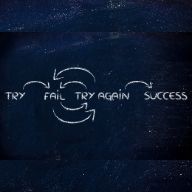 Why do resolutions fail? Want to make your eCommerce store go from good to great? – Here is how!

What is Facebook Pixel and how to set it up

Why boutique firms are outperforming their large mainstream counterparts

Analyse to strategise: Why a SWOT analysis is imperative for EVERY company