Thoughts on the impact of demonetisation on e-commerce & jewellery industry

Demonetisation has been a very hot topic since November 8, 2016 when it was announced by Prime Minister Narendra Modi. And it should be. It is one of the most dramatic steps in the Indian monetary & financial history. Some may say it is almost as historic as liberalisation in the early 1990s.

Everyone knows & feels the dramatic impact of this move in their daily lives. But I, being an internet & technology person, would love to share some key insights into how this move has affected e-commerce in general & jewellery e-commerce industry in particular.

In my opinion and analysis of the situation, the short term & long term impacts may be significantly different. Hence, this article is segmented into two parts:

As you may have guessed, the short-term impact on all industries, including e-commerce has been tragic. Even though, being completely (or mostly) online, e-commerce businesses have been impacted negatively in the short term.

Depending on the customer demographics, studies show that anywhere between 50%-74% of all online orders in India are paid as COD. That is, more than half of the payments for even online orders are paid in cash. This is huge. With the short-term liquidity crisis that has struck the Indian consumers, most of these orders are gone, in a day.

That is a huge impact.

This impact has been across industries, in almost all e-commerce verticals except medicine. Online fashion, apparels, jewellery & electronics have been hit the worst. To the extent that major players have already lowered their GMV expectations by 20%. (GMV is Gross Merchandise Value, which is the sum total of all sales made by an online portal. It may or may not differ from the revenues of the company depending on operational & company structure.)

Now, there are several factors affecting the long-term view. I am discussing some of them below:

However, given the Finance Minister’s statement on reducing cash circulation as a percentage of GDP, let us assume that the new infusion is Rs 8 lakh crores instead of the Rs 14.6 lakh crores taken out. Once sufficient liquidity is available with the consumers, spending may increase. A significant liquidity release (which is expected by the way) will let people resume business as usual after a period of about 6-8 months.

Most consumers who would now be enquiring about products are serious buyers. Most buyers would know that they would have to pay online, which in itself acts as a filter for many window-shoppers.

3. Reduction in number of returns

COD has one of the highest return rates. Many customers simply change their mind in the time it takes for something to reach them & refuse to take delivery of COD orders. This would significantly reduce with online transactions. Which brings us to our next point.

Can the mobile wallets and digital payment systems leverage this opportunity & really become an integral part of the customer’s life & mainstream payment channels? It is a question that can make or break many hearts (& wallets, pun intended).

This is not going to come easy. We have seen a sudden surge in digital payments, from the local fruit & vegetable vendor to kinara shops & aata chakkis. However, the digital penetration in rural areas is still very low where most e-commerce orders are also being paid in cash.

This is going to be very difficult to fathom. Whether the increase in digital transactions is temporary & consumers will revert to cash once significant liquidity is available or will it continue & people will refrain from using cash as the preferred payment method, is a question that only time can answer.

What will really happen? We will only know six months from now.

Other articles written by Sambhav Karnawat 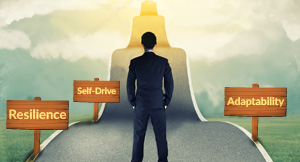 3 Qualities an entrepreneur needs to succeed

Shining the Light on the Paint Industry with an Innovative App

Outlook 2018-19: The way ahead for India based investments