What do SMEs expect from the new government?

The largest democracy in the world has elected its new government and that too with a resounding mandate. While the election results indicate that the confidence of the people in the re-elected government is high, the expectations of the citizens are also at an all-time high. Considering that the government in its first term had introduced various initiatives and schemes for the startup and SME sector, it now remains to be seen if the government will continue to extend its commitment and support to this sector.

GlobalLinker members share their thoughts and insights on the tangible ways in which the government can boost the SME sector.

Here is what they had to say:

Yuktie Jhangiani of Higher Highs Retail Pvt. Ltd, who founded the brand Kosha, is hopeful that the government will keep their promise of scaling the startup community in India and get the economy up to 10% growth rate.

She shares, “The way in which the BJP has won, is akin to becoming the prized unicorn in the startup world. In a democracy, just like the retail market, the customer or voter is king. And it is their trust that the BJP has been successful in achieving. Despite the errors that were made with demonetization and GST implementation - SMEs which were most badly affected have voted this government back to power. Two years after demonetization, there is more cash circulating in the economy than there was in 2016. Why have voters chosen Modi? Why have they chosen Gautam Gambhir in East Delhi over Atishi Singh? I am not sure if glamour, good PR did the trick or if it was just the lack of a strong contender."

Yuktie further shares, “According to the Ministry of Micro, Small and Medium enterprises, MSMEs contributed close to 30% of India's GDP. At the start of their previous term, the government created a lot of hype about 'Startup India'. However, liquidity continues to be a challenge for the SME. I hope the government brings its focus back to us and makes credit more accessible. Since this Government is building on its already created foundation of last 5 years, I hope it will now focus on growth and get the economy back to 10% GDP.”

On asking what are her expectations from the new government, Yuktie shares a few points: He says, “The government has steadily taken steps to expose shell companies and dummy directors. However in the process, compliance burden of SMEs has increased significantly. This, I think should be a priority in times to come.”

Geet  Jalota  founder of  Askgeet HRD Solutions OPC Pvt Ltd. opines that if the government wants people to start their own business, then they would have to be given the liberty to work on their own terms (from their home or maybe without an office address). She shares, “Through skill building initiatives, the government is skilling the youth. But who is skilling the existing job holders? The level of communication skills, computer skills and basic work ethics are something that many lack. Secondly salaries are low and timings high and there is no compulsion for the employer to train their employees. The third and the most worrying move by the government is the removal of the pension scheme. This way we are soon going to see a massive surge in urban poverty among experienced people; because there is hire and fire in favour of younger, more qualified people, therefore government can give tax exemptions to employer for investing in mandatory training of employees."

She adds, "I also believe that complying with certain rules forces you to lie. If government wants to encourage more people to start their businesses, then they have to modify their rules to include unique ways in which people function."

Girish Sachdev, co-founder of Drishti Lifestyle  feels that the government needs to extend more support to exporters in the country.

He shares, “Need more support for exporters. Better planning is required for stringent laws adopted for leather tanneries because it’s leading to people adopting malpractices for running operations. A systematic approach for the same would be better."

Sandeep Raut, founder of Going Digital shares his hopes and expectation from the government in a succinct manner. Shriyans Bhandari, CEO & Co-founder of Greensole has some definite ideas on the policies the government should adopt to boost startups. 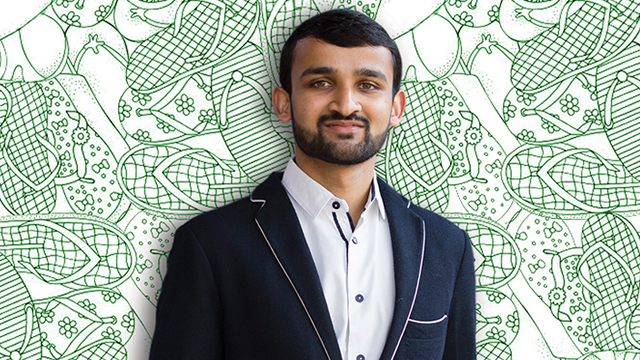 Shriyans sums up by stating, “India needs startups to reach the scale of the big 4 startups - Amazon, Apple, Microsoft and Google that uplifted the US economy.”

Sridhar Narayanaswamy, Managing Partner of Innovatus Systems states, “One of the major issues all SMEs face is cashflow." He suggests, “If the GST payment date is shifted from present 45 days to another 30 days, for any invoices raised, especially for SMEs with a turnover less than INR 5 crores, it will be a great boon to help in cashflow.”

Sridhar adds, “There are so many schemes for SMEs but there is no single agency where one can get help for all these, especially in Tier 2 and Tier 3 cities. Setting up 'SME Help Points' will help. Or such a task can be assigned to CII (Confederation of Indian Industry) and they can take the SME views to the government.”

“In the new government, perhaps a separate ministry for ‘Make In India’ objective, will help in focusing on it,” Sridhar opines. He shares, “Given the thrust over next five years on infrastructure, tax free infra bonds can be reintroduced. Also, long term capital gains on equity and allied securities needs to be increased to 3 years from an investor point of view. These two measures will increase business opportunities for SMEs and build confidence in the minds of long-term investors." He adds, “My suggestion is that shares which are granted by startup organisations to their key members should be taxed only when they sell ESOPs, not when the stock options are allotted to them. Today Employee Stock Ownership Plans are taxed as part of income when a key employee gets allotment of shares. In such scenarios, an employee has to pay tax on allotted shares even though they have not received any monetary benefit. I recommend that ESOPs be taxed only when the actual sale happens of shares and not at the time of allotment."

Disclaimer: This article is based solely on the inputs shared by the featured members. GlobalLinker does not necessarily endorse the views, opinions & facts stated by the member. 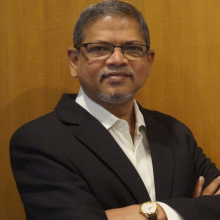 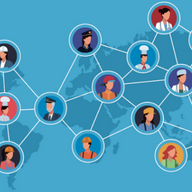