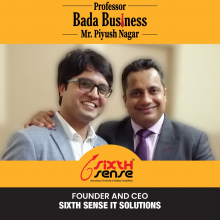 Background: Women’s Day is celebrated on March 8 every year and to mark the occasion Piyush Nagar shares the remarkable contribution by five pioneering Indian women in the field of science and technology.

Women have often been underestimated in the history of humankind, just because they are women. This statement seems quite blunt and upfront, but this is true if we unfold the pages of history.

We have all been raised by mothers, sisters, aunts, or grandmothers who have cooked for us and managed umpteen household chores. Surprisingly, women are hardly appreciated and not even paid for what they do for the family. The prime reason for this lies in deep rooted culture, society, and upbringing of a girl child. From the day, a girl child is born, she is often pushed into an invisible shell (or can say cage) of 'how a woman must behave and live'. And, she is often expected to live her life as per the expectations of society. Ironically, she is also judged the most for her attire, behaviour, confidence, education, and many more things.

But, if she is given the freedom to chase her dreams, do things she wants to do, and follow her passion, she always creates a milestone. And proves all the self-proclaimed social judges wrong.

In the same pages of history, you can find the names of many women who have imprinted their name in golden words for their fantastic contribution to society in many streams. Whether we talk about Rani Laxmibai, Devi Ahilyabai Holkar, Rani Durgavatim, to Mother Teresa, or current world women—Indra Nooyi, Kalpana Chawala, or Tessy Thomas (who is known as 'Missile lady' for her brilliant contribution to the successful launch of Agni series of missiles); they have all proven what women can achieve. Their remarkable work and contribution to society sends one message, that if a woman is given responsibility, raised with love and care, she can create miracles.

If a woman is given the freedom to chase her dreams, do things she wants to do, and follow her passion, she always creates a milestone. And proves all the self-proclaimed social judges wrong.

Here I would like to talk about some of the great yet unsung stories of Indian women whose contribution has been unmatched in the field of science and technology in India.

You may have not heard this name before. Because modes of sharing information were wholly limited at that time, and that’s why her story remains unsung. In the British Empire, she was not only the first female graduate but also the first female physician to be trained in western medicine, from South Asia.

Undoubtedly, it must have been a courageous decision to study and go to college at that time because things were not so easy. Women were supposed to live in the house, cook food, get married at quite a young age or even in their childhood, have babies, and die. That's it. It was quite a typical cycle for women in those decades.

But she studied medicine at the Calcutta Medical College and graduated in 1886.

There is one more name which we cannot miss—Anandi Gopal Joshi (March 31, 1865 – February 26, 1887). In the same year (1886), she also obtained a degree in Western medicine, but she graduated from Women's Medical College in Philadelphia, USA. Thus, she became the first Indian to study medicine from abroad. Again, this was remarkable at that time.

The credit to pioneer the Field of Microwave Engineering and Antennae Engineering in India goes to Rajeswari Chatterjee.

She completed her MS degree in Electrical Engineering from Michigan University, the USA in 1949. It is surprising to know that, approximately 60 years ago; she was the only woman on the faculty in the Indian Institute of Science.

After working for years and sharing her knowledge for the betterment of science and technology, she retired as a Professor and Chairperson of the Department of Electro-Communication Engineering, Indian Institute of Science, Bengaluru.

The credit of delivering a test tube baby on August 6, 1986, goes to her. Apart from this, she also pioneered the Gamete Intra Fallopian Transfer (GIFT) technique. And, thus, the birth of India's first GIFT baby on January 4 1988.

Previously, she was an Indian gynecologist, obstetrician and infertility specialist based in Mumbai. Also, she is credited for developing an oocyte donation technique for menopausal and premature ovarian failure patients. Hence, giving the country's first baby by this technique on January 24 1991.

Oceanographer by profession, she is one of the first Indian women to visit the super cold continent—the Antarctic.

Being an integral part of an Indian expedition to Antarctica in 1983-84, and for her outstanding contribution to the Indian Antarctic programme, she was honoured with the Antarctica Award along with Sudipta Sengupta, Jaya Naithani and Kanwal Vilku (for their contributions as well).

She is a doctorate from the London University in the Physiology of Marine Algae, followed by her MS (Master of Science) in the Marine Sciences, from the University of Hawaii.

She worked in The National Institute of Oceanography (Goa) and the National Chemical Laboratory (Pune).

As a founder of the Gene Campaign in India, she also represents the voice of the millions of Indian farmers.

Also, her campaign is currently running in 17 states across the country. Importantly, she is also the brain behind the patent campaign for Azadirachta indica (Neem) and Turmeric (Haldi).

She strongly believes, 'nature's technology can meet the needs of humanity'. She is a real motivation for every woman who thinks she can change the world for the better, wants to raise the voice of the unheard, use knowledge for the direct benefit for the society, and make a positive impact to everyone's life

So, these are some of the women from a long list of unsung women whose story inspires not only other women but also everyone in this world to do something for society. And, as an IT firm of the 21st century, we salute them for their outstanding contribution to Indian technology, science, and community.

Also read: Women and work - then, now and in future

To explore business opportunities, link with me by clicking on the 'Connect' button on our eBiz Card.

My passion is to cater to SMEs and start-ups with sustainable and creative solutions, which are not only affordable but can make a significant difference in the overall...

Other articles written by Piyush Nagar 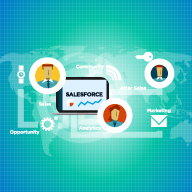 How to analyse, improve & track field salesforce activities with automation