The GST Council met for its 23st session on Friday in Guwahati. The council decided to reduce taxes on more than 175 items from 28% to less. This is the most significant reduction to take place since the launch of the GST in July.


Only 50 goods will have the 28% tax including luxury goods and ‘sin’ goods like tobacco making it likely that price cuts will be seen on a range of products ranging from chocolate to shampoo. Building materials like marble and granite will also be cheaper.

Bihar Deputy Chief Minister Sushil Kumar Modi said, ”There were 227 items in the 28 per cent slab. The fitment committee had recommended that it should be pruned to 62 items. But the GST Council has further pruned 12 more items. There was unanimity that in 28 per cent category there should be only sin and demerit goods. So, today the GST Council took a historic decision, that in the 28 per cent slab there will be only 50 items and the remaining items have been brought down to 18 per cent."

However, goods like washing machines and air conditioners have been kept at the level of 28% because they are considered luxury goods.

Finance Minister Arun Jaitley was noted as saying, “As part of efforts to rationalise GST structure, the Council has been reviewing rates from time to time. In the last 3 meetings, we have been systematically looking at 28 per cent tax bracket and rationalising certain items out of that bracket into lesser categories, mostly 18 per cent or even less.”

Other major changes include that a uniform 5% tax will be imposed on all restaurants and to ease the compliance burden, return filing criteria and the penalty for late filing will be made less stringent. Also, taxpayers with an annual turnover of upto INR 1.5 crore per annum can file GSTR-1 on quarterly basis. GSTR 3B can be filed till March 2018. 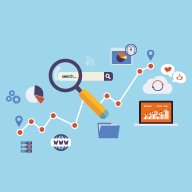 What is the Startup India Seed Fund Scheme?

How will GST affect restaurants and hotels?

Avoid all the noise about GST and stick to the fundamentals